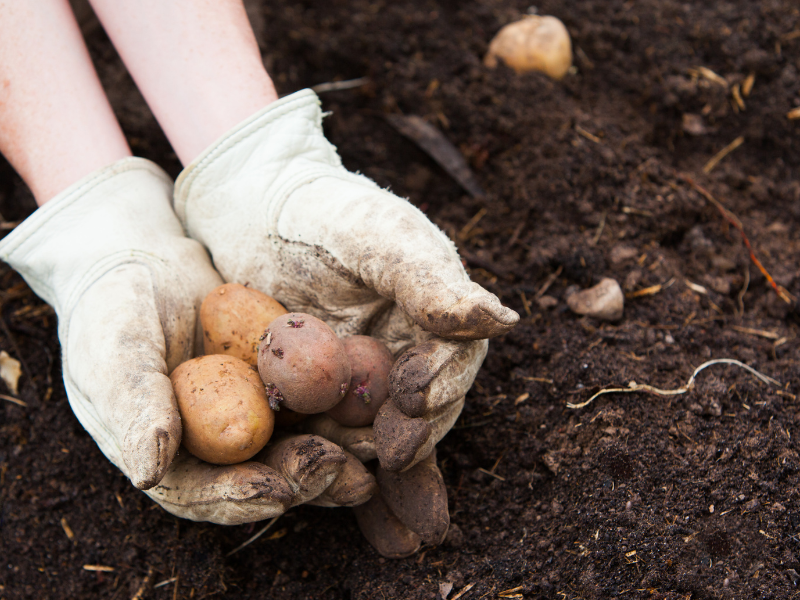 Before planting and harvesting potatoes, make sure you know how long do potatoes take to grow!

Growing potatoes is tricky when it comes to harvest time because they grow underground. You can’t see what you get until you pull out the plant, so you may ask yourself – how long do potatoes take to grow – to help you determine when should harvest potatoes.

Harvesting potatoes at the end of the season is one of my favorite gardening task. It’s like a little treasure hunt, and I get all of my kids involved. They get so excited when they pull up a large one since you won’t know what you get until you pull them up.

However, depending when to harvest potatoes is a tricky decision. You have to know how long do potatoes take to grow in your area and based on what type of potato plants you included in your garden.

The generalized answer is that potatoes take three to four months to grow, but that isn’t true for all types of potatoes. When you pick potatoes to grow, it’s essential to pick ones that grow within your growing season since some take up to 120 days (or longer).

Let’s take a further look into growing potatoes and how long potatoes take to grow.

How Long Does It Take for Potatoes to Sprout?

Before potatoes grow, they have to sprout first. The timing of sprouting depends on several factors like soil temperature, moisture level, and the quality of your soil.

Typically, potatoes take three to four weeks to sprout no matter where you plant them. As long as the soil temperature is between 60 to 65 degrees F, your seed potatoes should sprout quickly.

How Long Do Potatoes Take to Grow?

Potatoes take anywhere from 90 to 120 days to grow, and it fully depends on the type of potato and your growing climate. However, it also depends on when you harvest them and what your plans for your potatoes are.

New potatoes are great for dinners, and gardeners harvest new potatoes 10 weeks after planting. Grab some small potatoes and sauté up with bacon and green beans – yum! Some people refer to these as baby potatoes; you can usually find baby potatoes in the store.

If you want full-sized potatoes for storage, that takes anywhere form 90 to 120 days, but other gardeners estimate the time frame is really closer to 75 to 130 days.

The timing of your harvest depends on many factors, such as temperature. Potato plants grow best between 66 and 70 degrees Fahrenheit. When the mature plants are exposed to temperatures higher than 80 degrees, they become discolored or woody. You ideally want to harvest before the hot weather sets in or after the hot weather leaves your area for a fall harvest.

Let’s take a look at the different types of potatoes you can grow in your garden and their days to maturity.

Related: How to Fertilize Tomato Plants for the BEST Harvest Ever!

Potatoes are divided into three types: early, mid, and late season. The types are determined by how long it takes the plants to reach maturity and harvest time.

Let’s take a look at each type and some of the best varieties of each to grow.

As the name suggests, early season variety potatoes have the shortest days to maturity time. Most are full grown and ready to harvest within 90 days, assuming they have proper growing conditions. Some are ready in as little as 75 days!

Early season potatoes are great if you live somewhere with a shorter growing season or if you want a fast turnaround. Take a look at how many days you have in your growing season to decide if these work well in your area.

There are plenty of awesome early season potato varieties I bet you would love to add to your garden. Here are a few options to consider.

As the name suggestions, mid-season potatoes are in the middle of the road as far as days to maturity. These potatoes take an average of 100 days to reach full maturity, if grown in optimal conditions.

Mid-season potatoes are fairly standard and work well in warm to average regions.

Here are some great mid-season potatoes to add to your garden.

The last type of potatoes is late season potatoes that take around 120 days to mature. They take the longest to grow and work best in areas with longer growing season.

Late season potatoes grow best in warm climates because they thrive later in the season. Many of these potatoes are ideal for winter storage; they last longer after being harvested than other types if kept in the right conditions.

Here are some late season potatoes to add to your garden, especially if you want some storage potatoes!

Gardeners harvest new potatoes, or baby potatoes, two weeks after the plants begin to flower. New potatoes are not ideal for storage; the skins are thin and peel away easily. The skin comes off with your fingernail

These potatoes are best used immediately. I like to harvest mine and use within two days for a meal I have planned.

If you want to harvest mature potatoes, make sure you have it marked on your garden planner when you put the plants into the ground. Harvest your mature potatoes about two weeks after the leaves turn brown and the plants begin to die back.

It’s a good idea to leave the potatoes in the ground or a few more weeks after this time frame because it thickens the skin. It allows potatoes to store for longer periods, ideal if you want to grow enough potatoes to last all winter long.

Curing potatoes is easy. You can either leave them outdoors for a few days to let the skins harden or bring the into your garage or covered porch. If it’s going to rain, they need to come inside because they have to stay dry.

Simply leave them out for a few days to a week in an area with good air circulation; this lets the skin dry and harden. Don’t remove the dirt on the outside of the potato, then store them in crates.

How Fast Do Potatoes Grow?

If you want to chit your seed potatoes, put them in a well-lit spot for several weeks. The seed potatoes will sprout shoots over time, and watch for two strong shoots to develop. Remove any other shoots before planting, and make sure the shoots are pointing upwards when planted!

How Many Potatoes Do You Get Per Plant?

I wanted to grow a lot of potatoes this year, so I had to figure out how many potatoes will one plant produce.

The number of potatoes produced by each plant varies based on factors, such as the type of potato plants you grow and the conditions you grow it. As long as conditions are ideal, you should get five to ten potatoes per plant.

Hilling potatoes increases the number of potatoes per plant. This is when you hill dirt around the base of the plants to give more support and allow them to grow more. Potatoes form under the ground, at the base, so providing more space for them to grow increases your harvest amount.

I planted my potatoes in the wrong place this year because I didn’t account for the shade cast by my large mulberry tree. My plants still grew, but they took longer than I anticipated to grow.

So, when planning your garden and deciding where to plant potatoes, aim for somewhere that receives six to eight hours of sunlight each day. It’s possible to grow in other areas, but this is where your plants will grow the best.

What is the Best Month to Plant Potatoes?

Like all plants, potatoes have an ideal planting season, which helps them grow and thrive. That’s why you should know the best month to plant potatoes.

In general though, potatoes are considered a cool weather veggie and grow best when planted in the spring time.

Can You Eat Potatoes Right After Harvest?

Yes! You can go outside, harvest potatoes, and eat them for dinner that night.

However, potatoes are typically cured for storage during the winter months. If you want to save your potatoes for storage, you will need to cure them before stacking them in storage crates.

I often run outside and harvest some potatoes for dinner that night. Just make sure you scrub off the dirt first!

The answer to how long do potatoes take to grow is between 70-130 days, but that’s a big time range. How long it takes your potato plants to reach harvesting is based on the type of potatoes you grew that year, so make sure you pay attention to the days to maturity when picking a type of seed potato. 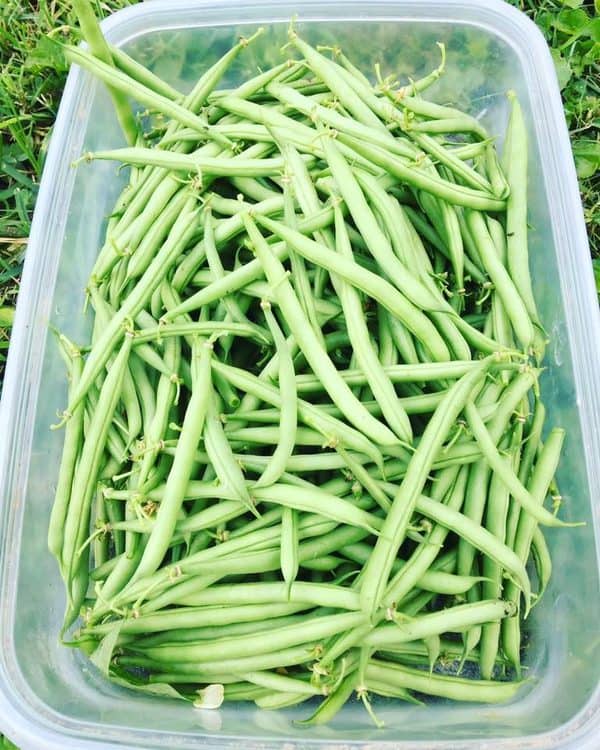 Freezing green beans is one of the easiest preservation methods to try. It’s July, and my green beans plants are exploding. We left for three days to spend time at a cabin near our favorite lake. In that short period, my plants blossomed. I came home to an entire harvest ready for picking. I love… 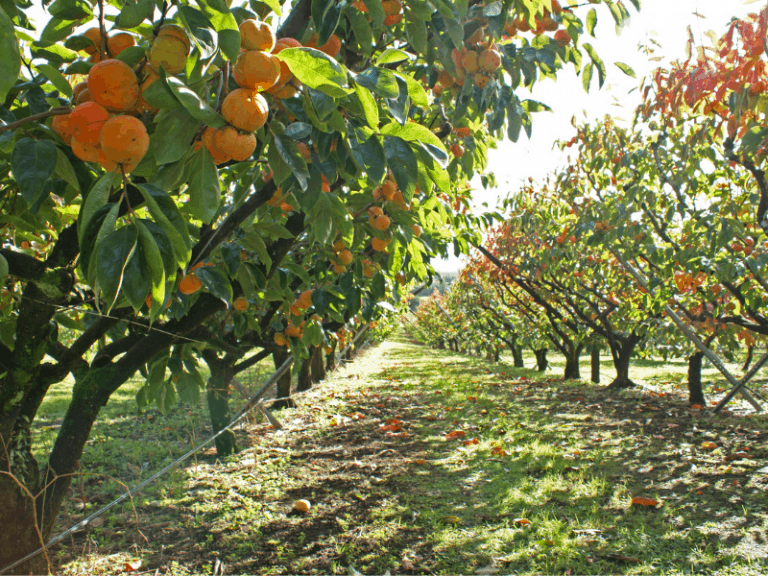 Planning and planting a homestead orchard is one way to increase your self-sufficiency and expand your homestead. When we bought our new-to-us home last year, I knew that one of our 2021 goals would be to work on our homestead orchard. In our previous home, we didn’t have space to grow as many fruit trees…

You can grow more food by adding perennial vegetables and herbs to your garden. Do you want to expand your garden without needing to put even more work into it each year? Planting a new garden every year is daunting. It takes weeks of preparing and planting to make your dreams come true. Perennial plants… 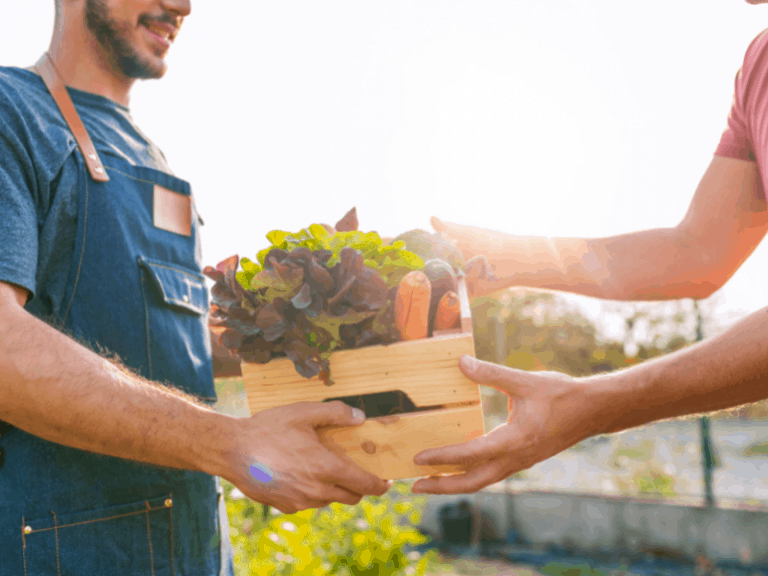 Even if you don’t have a lot of land, there are plenty of ways to make money on a homestead. Are you dreaming of being a homesteader full-time, but don’t know how to kick your out-of-home job? The truth is, making a full-time income from your homestead is HARD; most people don’t do it unless… 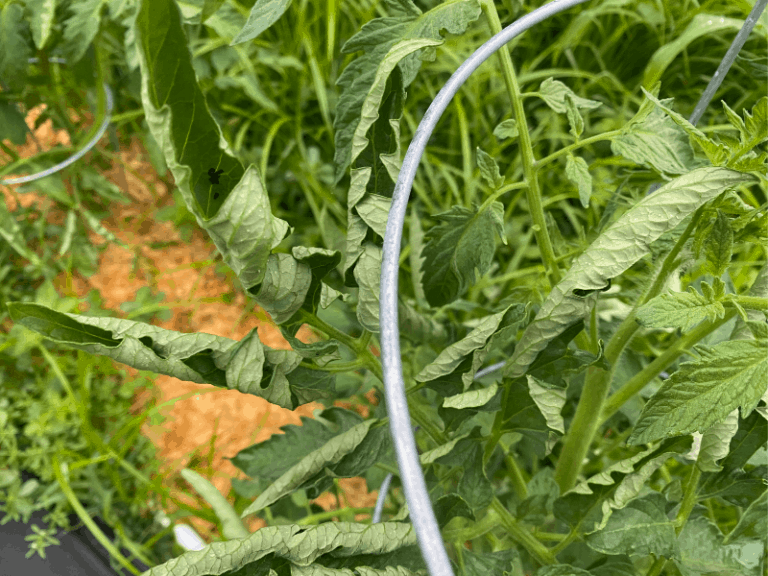 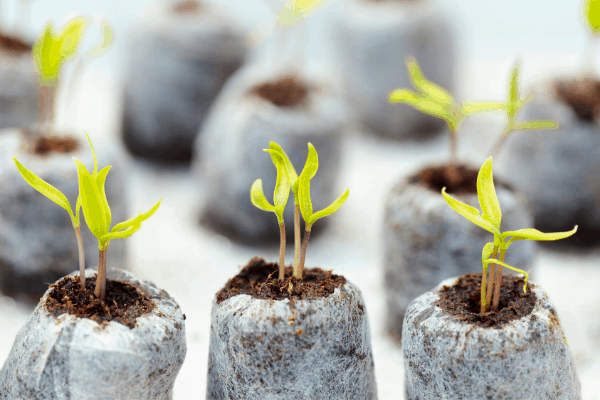 Are you making one (or more) common seed starting mistakes? Starting seeds is one of my favorite times during the year. It means winter is finally coming to an end and the start of my favorite season – gardening season – is upon us. However, seed starting can be tricky for newbies. It can be…